I’ve been busting my hump getting my online stores set up over the last few days. These days the printers actually vet the people trying to sell stuff through them, which is part of the reason for this site existing to begin with.

In any case my fledgling retail empire can be located at  the following joints:

Cool site, lots of skilled artists around. Store creation is a hassle – everything is vetted – but once in it seems decent. Get T-shirts and posters here, and smartphone cases if you swing that way.

Same as above. It’s easier to get shirts listed here, so the full Wrath Panda range is here. On top of that, you can get your designs printed on nearly anything, from leggings to travel mugs. 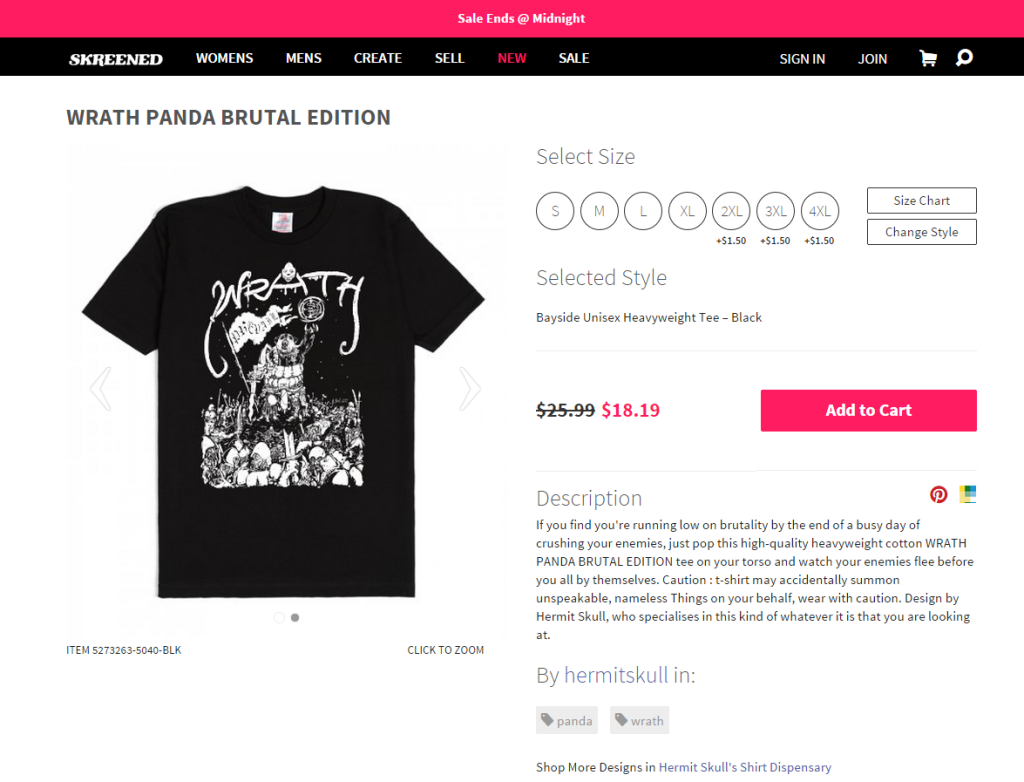 This is a site which does one thing – it sells T-shirts. It’s less hipstery than the other two sites and you don’t get posters or duvets, but what you do get are t-shirts with printing on the front and back, which the other two stores lack for whatever reason.

The stores are a bit bare for now but they will expand. If you’ve got a yearning for Wrath Panda in the meantime then head on over to any of the stores and pick it up.